Up until this point in the Clawhammer Core Repertoire Series we’ve been focusing on jam classics, working on building up a stable of tunes to ensure that you’re prepped and ready for any old-time jam, wherever it may strike. And in the process, we’ve been pulling back the curtain to reveal just how these arrangements are constructed in the first place.

But you now have 16 jam classics in your stable, and that’s a lot of mouths to feed. Best we stop breeding more.

So, now it’s time to create an entirely new stable! And this time we’ll be filling it with solo clawhammer classics. Though some of these you may also encounter at your friendly neighborhood jam, all the tunes we’ll be covering in this series make for excellent stand alone clawhammer pieces.

In fact, some of them sound best as solo clawhammer pieces (which is why many of the ones we’ll cover have been featured in my “clawhammer tune of the week” series).

Which brings us to our first tune in the “Solo Clawhammer Classics” season of the Clawhammer Core Repertoire series: Snowdrop. First off, here’s how my final arrangement for this tune sounds:

As ambassadors for the banjo go, I don’t think you can do much better than Snowdrop. In a matter of 4-7 notes (depending on whose data you use), you can single-handedly wipe out virtually every preconceived notion and misconception someone may have about banjos and the people that play them.

Snowdrop is typically credited to Kirk McGee of the McGee brothers, who are the ones who first recorded it. Incidentally, Kirk actually played it fingerstyle, though these days you’re much more liable to hear it played by downpicking enthusiasts.

First off, if you’re not familiar with this tune, take a listen to the above video enough times for you to extract and remember the melodic core of this tune. Don’t proceed onward until you can hum or whistle it. Once you think you’ve got it, it’s time to try and find it on the 5-string.

Before you go note hunting, get your banjo tuned to “open C” tuning, which is gCGCE. For some of you, this may be the first time you’ve tuned your banjo here. All the strings are the same as “double C” (gCGCD) except for the first, which is tuned to an “E”. What you end up with is an open C major chord.

As with most alternate tunings, open C makes Snowdrop both easier to play and sound better. Win-win. Unless you break your 1st string tuning it up. Then it’s win-win-lose, which is still a respectable ratio.

So this is what I hear as the essence of Snowdrop: 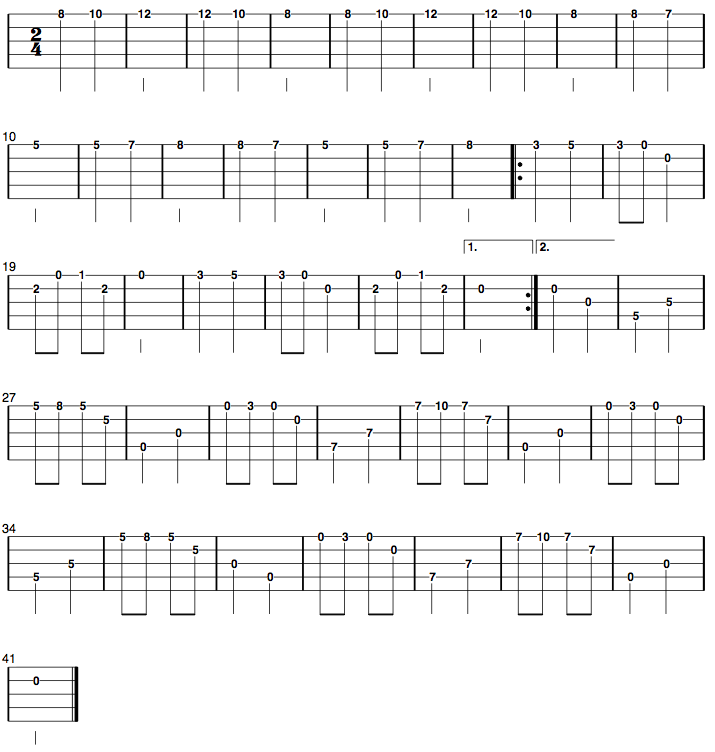 What you’ll notice here – which will be a recurring theme in the “Solo Clawhammer Classics” edition – is that the melodic essence of this tune isn’t that far off from how our final arrangement sounds. Generally speaking, fiddle tunes – which is what we’ve covered thus far – are going to have the most number of notes per measure (playing a bunch of notes is a trivial matter on the fiddle, so they just can’t help themselves).

Most non-fiddle tunes, however, won’t be as melodically complicated. With fewer notes packed into each measure, these tunes will breath a little more.

Using our basic melody as a guide, we can now turn this into a very nice clawhammer arrangement quite simply. By adding some ditty strums after most of our melody notes along with a couple of well placed pull-offs, we now have a very respectable arrangement (Brainjo level 2 in terms of level of difficulty) 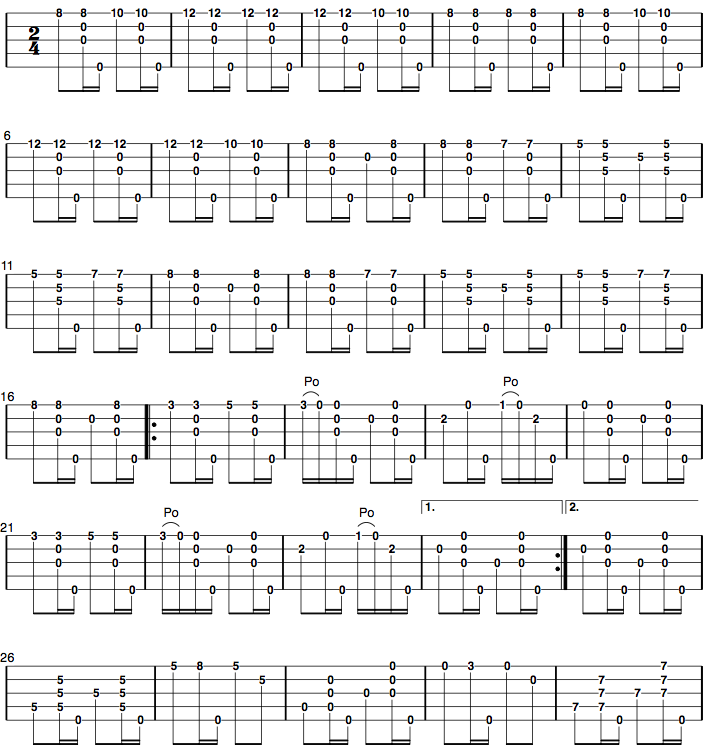 And here’s how that sounds:

As you can see, this version is built entirely on straightforward clawhammer techniques. Yet as you can hear, without adding in any fancy fretwork or right hand pyrotechnics we already have a version of Snowdrop that, if played with good timing and rhythm, sounds absolutely wonderful.

Step 4: Embellish to Suit Your Tastes

That being said, we’re all humans. Which means we like to monkey with stuff, and we like to make tunes our own.

So feel free to add your own stylistic embellishments to this core arrangement. You can hear mine in the first video above – feel free to steal liberally. Here’s the tab for that version (Brainjo level 3): 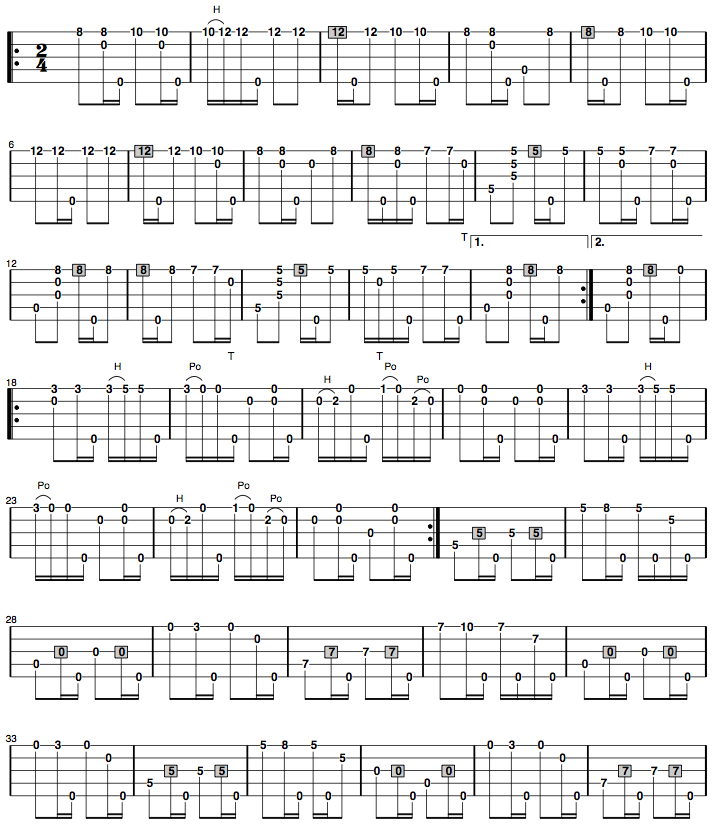