The banjo and songs about animals go together like peas and carrots.

Yet, while songs about chickens, muskrats, and other small and furry mammalian lifeforms abound, the crustaceans, with their beady eyes and hardened exteriors, are often overlooked.

Besides paying long overdue homage to the shirked shellfish, Crawdad Hole is also another great song to learn if you’re just getting started playing and singing. It has a simple, memorable repeating melodic unit that works perfectly in standard G tuning, one that’s beloved by ears of all ages.

So, fetch a line and a pole….or rather 5 lines and drum with an attached fretboard, and let’s get going.

Nothing too challenging here! Just one repeating 16 bar phrase throughout (part of what makes it so well suited as sing-a-long).

Take a listen to the video above times to ensnare its melodic contour into your synapses. Once you can sing or hum it to yourself, it’s time to proceed onward!

If you recall in my introductory post from last episode, when it comes to songs, we’ll begin by first identifying the chord progression.

Again, the one for Crawdad Hole is nice and straightforward, using just the I, IV, and V chords (G, C, and D respectively in the key of G). As introduced in the last episode, the simplest way to play clawhammer vocal backup is to finger the chords and play a “bum-ditty” pattern throughout, alternating between the 3rd and 4th strings on the “bum” strike while singing. 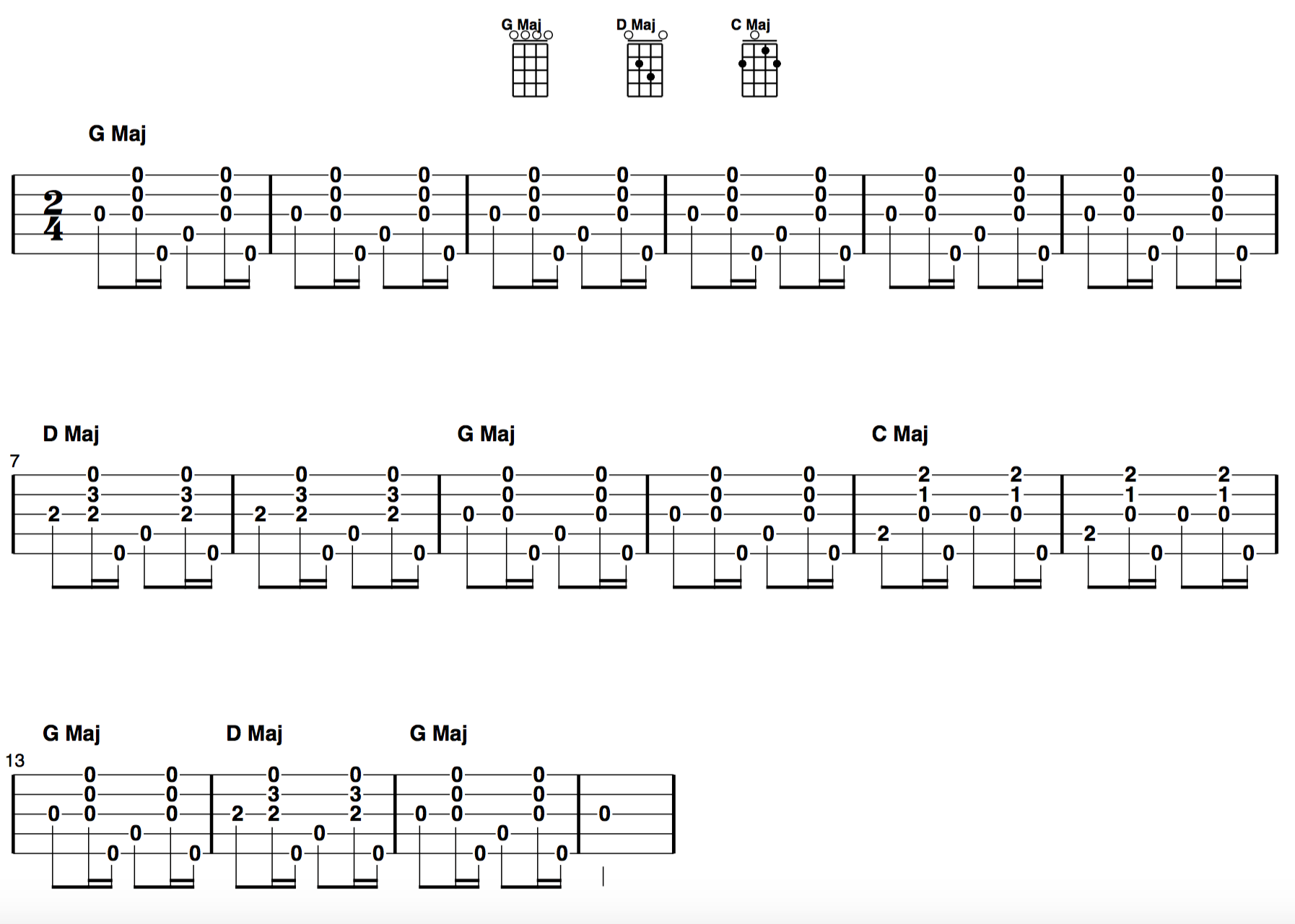 If we want to add in a bit of interest to what we play behind our voice, the next thing we can do is hit some of the melody notes on the “bum” strike as we’re singing.

So, here’s the tab for just the melody line of this song, with the notes that would be on the “bum” strike (the up and down beat in each measure), placed in bold:

Now, if we add the ones above that we can play without moving our fretting hand into our “bum ditty” pattern, we have: 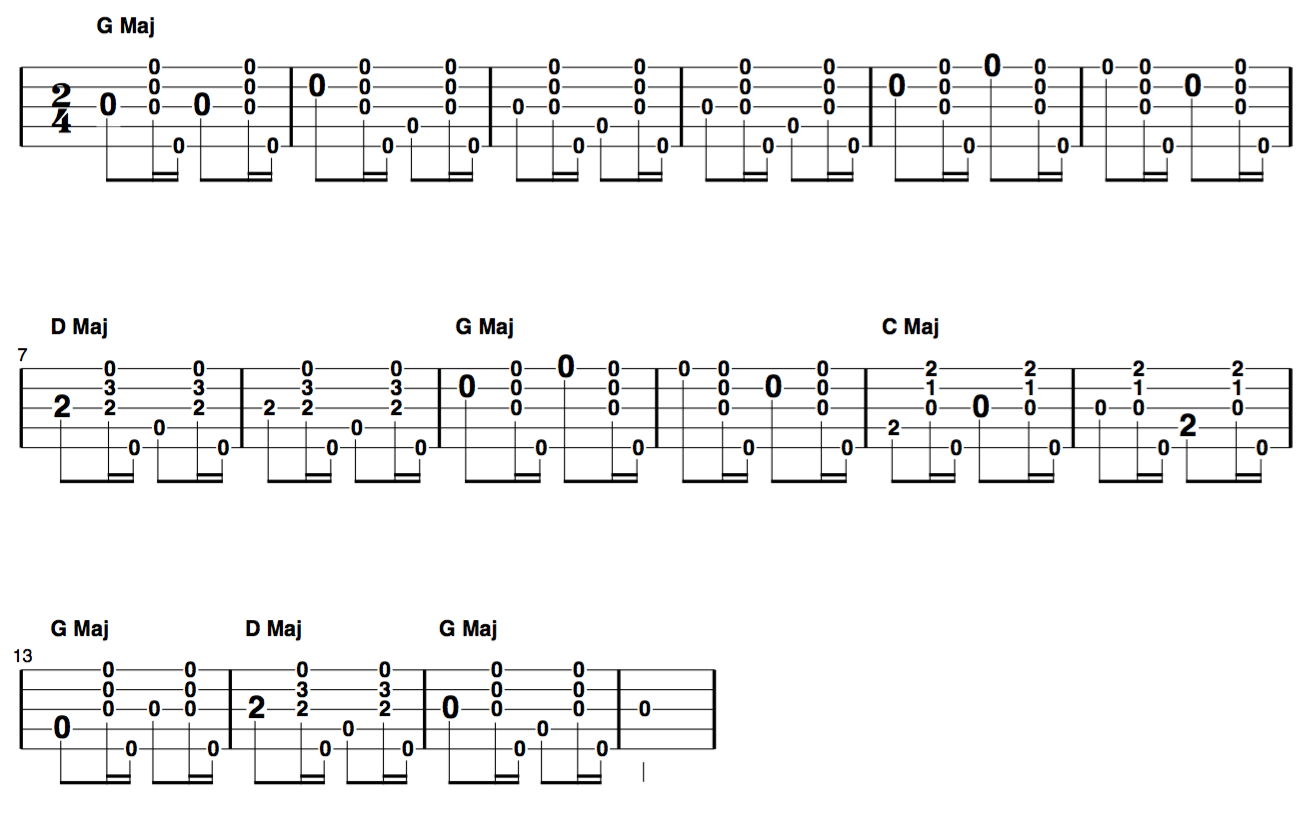 And here’s what that sounds like with the vocals:

Not too shabby, right? And it gives a pretty convincing illusion that you’re playing most of the melody, doesn’t it?

To dress it up even more, you can try adding in even more of the melody notes (starting with the ones that are on the “bum” strike) while you play. And you can also throw some extra licks in the spaces between the vocal phrases.

The tab for the vocal backup you hear in the video demo above looks like this: 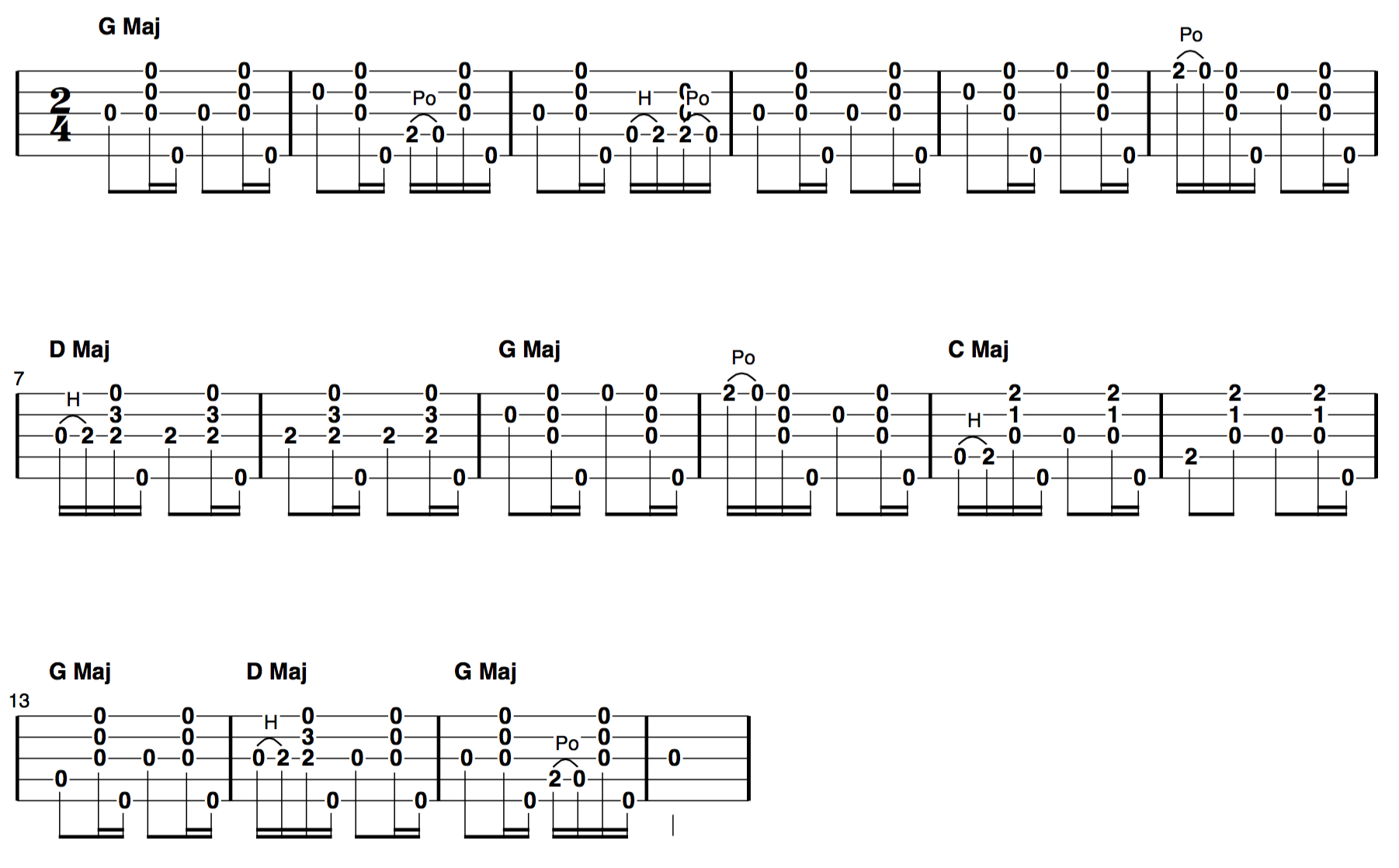